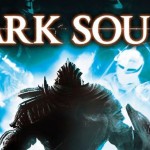 I don’t think they’re always one and the same either.  Obviously not everyone finds it quite as appealing to run around and 1 shot everything with little to no chance at dying, but that being said, glass cannon builds can be a lot of fun as are tankish builds.  Seeing as how I’m not very experienced with running through the game multiple times (although I do have multiple characters started at the moment) I’m curious to know what everyone else thinks of as their favorite, most powerful, most enjoyable, and maybe even the best looking build..