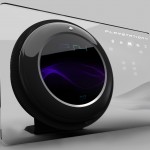 Supposedly Kotaku received a 90 page manifest detailing specifications for the as of yet announced PSX4.  One of the key distinctions to make is that these specs pertain to the “dev” kit for the PS4.  That means this is not necessarily the model you will use to play games, but rather the model that developers will use to make games.

Some interesting figures to take note of include the fact that the PS4 is currently running more system memory than most modern computers use.  This goes hand in hand with the 2.2GB of video ram which is also a step up from what many of us currently run under the hood of our computers.

The reason why this is interesting is because the current generation of consoles are running comparable graphics with computers despite the fact that computers are roughly TEN TIMES more powerful than their console counterparts.  The reason why consoles get away with doing so much more for so much less revolves around logistics and optimization, and I can’t help but wonder what a console that beats out most contemporary gaming rigs would be capable of.

Of course, all of this information is subject to change.