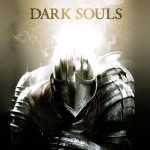 So there’s a good chance this may be the most redundant post I’ve ever written given the week and change before Dark Souls II comes out.  That said, as someone who came into the Dark Souls game late, it has been maddening attempting to figure out right from wrong, good from bad.  It’s great that there’s so much debate regarding best weapon/build/race/class etc, but it makes it that much harder to figure out the fundamentals that make this game tick.  They’re buried in the layers upon layers of details that players have extrapolated since DS originally launched.  So, without further ado, here’s what I consider essential if you’re just getting started in Dark Souls

If you’re just getting started in Dark Souls, your first concern is going to be how to choose a starter class.  Some people want to min/max, some don’t.  In my experiences, it really doesn’t matter.  I’d go with whichever class seems to fit the archetype of the build you have designed in your head.  Regardless of which class you choose, it wont limit you in playstyle regardless of what type of weapon or starting stats your character has.  Just because your starting class begins with a one-hander doesn’t mean you can’t use a two-hander.  Most builds have similar basic stat requirements in strength/dex/vit/end, so for the first few levels it’ll all the same anyway.

Deciding on your build goes hand in hand which figuring out which class to play.  Allow me to dumb it down and make it simple.  While ranged is possible, I don’t know how effective it would be, nor have I seen it done, nor would I recommend it for a first playthrough.  A similar message applies to magic.  Magic can be very powerful both with direct attack spells and powerful buffs, but for a first playthrough I’d recommend sword and board for getting the hang of things.  Your big choices now are between strength based weapons and dexterity based weapons.  Strength weapons hit hard but swing somewhat slower.  Dex weapons swing faster and hit for less.  Strength based weapons also tend to weigh more which I’ll cover later.

Weapon damage tends to primarily come from upgrading your weapons themselves which is done at various blacksmiths scattered around the game.  Weapon damage does scale based on your primary stat involves be it dexterity or strength, but you’ll see the vast majority of your damage coming from weapon upgrades.  If you don’t feel like you’re hitting hard enough, you probably want to another trip to the blacksmith and upgrade that favorite weapon.  ‘

While we’re discussing weapons I want to bring up poise because it factors into both weapon choice and which armor you want to wear.  Poise is basically your resistance to being staggered/stunned.  It’s a hidden value that isn’t shown, but you can find references to the various poise breakpoints if you look hard enough.  The meat and potatoes to take away from this discussion is that big weapons will rip poise away faster than small weapons.  That is to say, it may be possible to stun opponents easier or faster with a big (strength) weapon than a small (dexterity) weapon.

When you’re trying to decide which armor to wear, poise is one of if not the most crucial factor to consider.  It’s far more deadly to be stunned and brutally hammered for a few moments than it is to take a hit and continue to press your own attack.  Dark Souls is a game that gives a heavy advantage to both shield users via blocking attacks and those who dodge attacks entirely via rolling or an outright parry.  It was hard for more to understand this because it seemed counter-intuitive to run around in rags versus donning big, heavy armor.  For better or for worse, Dark Souls is not about soaking damage, but about avoiding it.

One of the other consequences of wearing heavy armor is the added weight.  Your maximum equipment load is listed under your stats.  Your current weight load is what determines how fast your character runs in addition to how fast/far they roll/dodge.  If your current load is 25% or less of the maximum, you will fast roll.  50% or less and you medium roll.  Any more than that and you fat roll.  Technically you can also stagger but that means you’re being a ding dong and wearing every piece of heavy gear you can find with no weight reducing modifiers.  The faster you roll the more invincibility frames you get.  That is to say, so long as the enemy finishes their attack before you finish your roll, you should be fine.  Being able to roll and both avoid damage and put yourself in a prime spot to attack is simply invaluable.

Using your shield is also a great way to avoid damage.  When blocking, a portion of your stamina (increased by putting points in endurance) is used up each time.  Your shield displays percentages next to each type of attack; physical, magic, lightning, fire, etc.  The percentage is how much of each individual attack it blocks assuming you have enough stamina.  Stability is the stat on shields that measures how much stamina is taken away each time you block.  The higher the stability the less stamina taken away.

As you explore you’ll come across what are known as firelink shrines.  These shrines serve as both a place for you spawn in again should you die, and as a way to re-populate the world if you want to farm.  Each time you rest at a shrine you refill your estus flasks (think life potions) and all creatures come back to life.  This prevents you from running back to the shrine every 3 or 4 enemies and refilling your pots.  It’s not uncommon to find these shrines behind hidden walls or beneath a walkway somewhere.  Typically other players will place signs pointing to them, but the devs did a pretty good job of spacing them evenly throughout the game.  Chances are if you haven’t seen one in a while you’ve probably overlooked it.

Last but not least, statistics.  Most stats start to show greatly diminishing returns around 40.  As a general rule of thumb for someone starting out, I’d recommend hitting the minimum baseline values to use whichever weapons/abilities you want to, and then putting points into endurance and or vitality as you see fit.  It’s probably not a great idea to let any one stat run away too far from the others as you could eventually get yourself into a pickle if you’re level 40 and have put all 40 skill points into strength and nothing into endurance or vitality.  If you plan on getting the ring of favor and protection (which I’ll detail later), endurance is easily the most valuable stat early on.  It lets you wear more while rolling fast and continuing to savage your enemies before you roll away with stamina to spare.

Dexterity/Strength.  If you want to use a dexterity based weapon, I’d recommend putting the base points to use whichever weapon you enjoy, and then put points into stats from there.  Same goes with strength based weapons.  If you’re using strength weapons, you don’t want to be putting points into dexterity, and vice versa.

Endurance.  Endurance is a bit of a powerhouse stat.  It increases your stamina, equipment burden, and your bleed resistance.  You can’t move without stamina so the more action you want to take, the more stamina you need.  Likewise with equipment burden.  You can wear more and roll faster with a heavier equipment burden.

Intelligence/Faith.  These govern the ability to use various spells or miracles.  Spells scale from the intelligence stat whereas miracles scale from faith stat.  Once again, I’d recommend hitting baselines and going from there.

In my experience playing Dark Souls, there are a few things I’ve discovered which I look at as keystones in making my time in Dark Souls much more fun:

1) Realizing that damage done is almost entirely based off upgrading weapons versus pumping stats.  What this means is that you can hit base stats for weapons and then continue to increase other stats such as the all important endurance and later on, vitality.

2) The power of fast rolling.  I can’t state enough how great it is to both avoid attacks AND put yourself in a great spot to attack someone else, often from behind.  As a general rule of thumb, you want to roll to the side that’s swinging the weapon.  That is, if their right hand is swinging you want to roll to their right side.  The reason behind this (and I credit DelicateBlood here) is due to how enemies swing.  If they’re swinging right to left, and you’re rolling on the left side, you have a much greater chance of ending your roll before they finish swinging which means you get hit regardless of whether or not you avoid the initial swing.

3) Stability.  In my latest playthrough I discovered the power of the stability through the silver knight shield.  It’s found early on in Anor Londo and easy to upgrade.  With a stability in the 70’s, it feels as though you can block attacks for days and not worry about any significant loss to your stamina.  IMO it feels a bit overpowered as a result of how little stamina is actually taken away.

4) Ring of Favor and Protection.  Knight Lautrec drops this after you free him from the Undead Parish.  You find him back at the firelink shrine where you originally started.  It increases max health, stamina, AND increases your equipment load by 20%.  It seems far too good to pass up, and this goes doubly for any beginning playthrough.  As a result of using this ring, you can go much longer without dumping points into vitality.  This means you can increase your primary stat to use a weapon as you see fit, or continue to increase your endurance.

This game has more replyability than any other title I can think of at the moment.  There are so many different ways to go through the game, and no two experiences will be the same.  It’s incredible how different the builds feel from one another.  A dex/faith build is nothing like a two-handed strength build.  A two-handed strength build plays nothing like a dexterity/shield based build, etc etc.

I can’t say enough good things about Dark Souls.  I have nothing but thanks for the subscribers and friends I’ve met on youtube/twitter/twitch for relentlessly encouraging me to play this game.  I wanted nothing to do with it and thought it looked rather depressing to be honest.  At this moment of writing I’m sitting at around ~150 hours in game and still have yet to completely finish one playthrough (although I am very close and today may be the day!)  I realize that Dark Souls 2 comes out shortly, but I couldn’t resist writing up my own thoughts on one of my favorite titles of all time.