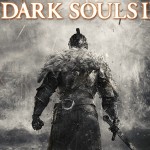 It’s been about a week or so since Dark Souls II dropped for PS3 and Xbox 360 and it’s about another month yet before it drops on the PC (boo).  I have several playthroughs going right now, the primary being a strength based build with about 45 hours invested.  My secondary playthrough is a pure caster int/dex and has around 20 hours in the game.  I just finished off the last of the 4 main souls (the rotten) and I’m told I’m around 50% of the way through the game.  Here’s what I think so far..

First off, I have to say I’m having a ton of fun with DSII.  I love the variety of builds, I love the co-op experience, and I love the idea of being invaded and never quite feeling safe.  Relative to the original Dark Souls, DSII starts off pretty slow.  It has a beginner area which is a great tool for those new to the series and helps to wet their proverbial feet.  Unfortunately for what felt like a long time to me afterwards, it still felt very slow.  When summoning in or being summoned in, most everyone seemed to be wearing and or using the same gear for quite some time.  I also felt a bit underpowered with the lack of titanite shards and souls available.  Having a finite amount available wasn’t something I was used to and it seemed to lock me that much further into using the same weapon I started the game out with.

That said, around the time I finished up exploring the Lost Bastille, I had started to encounter a loot explosion.  I now have more weapons than I know what to do with and more tools to upgrade them with.  Choosing the right weapon to take down the path of higher upgrades becomes difficult with so many options to choose from.  Many of the boss related weapons or special weapons given to me by NPC’s require twinkling titanite which I’ve rarely seen up to this point.  Looks like I’ll be holding onto those for now.

There seem to be far more bosses than I remember in DS.  I don’t have the numbers down, but it seems as though DS II is featuring far more mini bosses than DS ever did.  It’s hard to distinguish between main bosses and mini bosses as they all have a distinct boss-feel to them, but only 4 can be great souls after all.  I think the chariot boss is a great example here of what essentially amounts to a mini boss but felt like something greater.

Overall the boss difficulty feels much easier than that of DS.  I beat each of the 4 major soul bosses on my first blind attempt and without any support.  Well, I suppose it did take me two tries on Rotten.  I made a mistake and chugged a potion instead of vaulting backwards.  My next attempt is nearly flawless and leaves me wondering why it was more difficult getting to the boss than engaging the actual boss himself.

I start to worry a bit when my livestream points out that at this point in time I’m rougly 50% of the way through the game.  50 I say?  Surely you jest.  I’ve spent so long just getting here.  I stop and think about where I’ve spent all my time.  I’ve no doubt spent numerous hours playing in the ratacombs summoning helpless victims and laughing at them while they stumble around weaving between the rats on one side and my blade on the other.  I think more than anything else I’ve spent huge amounts of time attempting to get out of reach souls and backtracking to open up doors that I received keys to in other parts of the world.  In the forest of giants that boss drops a key that opens at least 2 doors that were formerly locked.  In the iron keep you get a key that opens up still another door in the forest of giants!  Most levels frequently have paths that will simultaneously explore the limits of verticality in addition to branching off in opposite directions as the same time.  If your goal is to make sure you’ve seen it all, you’ll definitely be seeing the same sights more than once.

The PvP has left me mixed feelings.  I love the idea of the bell tower covenant and the rat covenant.  Brilliant fun.  That said, I think I’ve only been invaded once or twice, and after you stumble on the rat lair and bell tower areas you’ll never go back again.  The PvP combat feels quite laggy despite the promise of dedicated servers.  It’s all too common to be struck from a sword that is clearly out of range.  Likewise, even when swinging ultra-greatswords, it’s not unusual to see someone walk straight through them.  It makes it difficult to take PvP very seriously despite the fact that I would love to do so.

Overall I’ve been left with a positive experience and one I can’t wait to get back to.  I’m eagerly looking forward to completing my strength based build and working on my caster and dex builds as well.  I cringe at the thought of backtracking and opening up doors that I passed long ago.  Walking past visible souls is something I can’t bear to do, yet finding a pathway there isn’t something I look forward to either.

I’ll be publishing a rabbit hole video with my complete thoughts on DSII once I complete the game which should be sometime next week.  In the meantime I’m eagerly looking forward to hearing what you all have to say and whether or not it’s similar to my own experiences.