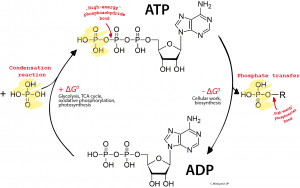 And I don’t mean adenosine triphosphate!  The more I play Dark Souls II the less I understand From Software’s reasoning behind creating a new ADP stat.  They clearly looked at Dark Souls endurance stat and thought “hey, that seems pretty powerful, maybe we should tone it down a bit”.  And so they did.  Now we have vitality and vigor (neither of which I can remember without looking them up) and ADP.  Vitality gives health, vigor increases equipment load, endurance increases your stamina, and ADP lets you drink faster and gives extra invincibility frames during rolling without changing the animation.    What this means is that players are taught early on that rolling through attacks is roughly equivalent to catching a flying mace with your teeth.  By the time you rack up enough ADP to consistently roll through attacks, you’re learned that a shield is the best way to go.  Makes a lot of sense.  Really.

One of the best ways to see just how many players are relying on shields versus dual-wielding or two-handing is to PvP or get some Coop going.  In your first playthrough virtually every person you come across will be toting some version of a shield around, usually the drangelic shield.  At this point in the game it’s very easy to exploit shield breaks because most players have been taught that it’s either shield or die.  This is one of the reasons smelter demon is such a difficult boss for most people because his attacks break your shield which up until that point FS has forced you to rely on.

Additionally, even if you are able to roll through attacks, many enemies have wide and nearly 360 degree sweeping attacks.  In Dark Souls it was a valid and generally accepted strategy to roll into the arm that was doing the swinging; that is, if the enemy is swinging from right to left, you want to roll to his right.  This eliminated the chance of you getting hit as the attack was ending.  In Dark Souls II, because there are so many enemies that have circular attacks, you’re better off just blocking.

As far as stamina consumption goes, the drangelic shield feels very similar to the silver knight shield from Dark Souls.  There are only a small handful of enemies/bosses in game who will outright guard break you as a result of how much stamina they take away.  A shield that you find in the first ~30m of the game will take you through your entire first playthrough.  Once you do finally obtain an end-game shield, the increased stability is noticeable, but the same bosses who crushed your stamina with the drangelic shield still crush your stamina with the defender shield.  I guess it’s there if you really want to feel powerful by sitting in a corner while a handful of mobs pound on you?  With 25 endurance and +5 defender shield, vendrick will still destroy your stamina bar with 1 swing in NG+.  The exception of course are a few of the greatshields (namely Havel’s), but that is neither here nor there at the moment.

By the time you’re working on NG+ and or a new character, you’ve probably started rolling around a little bit and getting used to the fact that either your ADP or your Attunement is high enough to let you roll through most attacks.  Now that you’re on your way to mastering rolling, you have to figure out how to aim your attacks.  Most weapons have unique thrust attacks that come off a roll.  The otherwise god-like Santier Spear has a slow moving whale of swing off your roll.  In addition to mastering these new attacks, you also have to realize that even if you’re locked on and aiming towards your enemy, if you are rolling away from them you will still swing in the direction of your roll regardless of which direction you’re actually aiming or locked on to.  What this means is that if you want to land an attack on your opponent you have to wait a moment before your character swings in the direction you’re aiming.  This isn’t a big deal for PvE as most mobs seem to have exaggerated swinging motions, but in PvP it seems to encourage rolling as a means of dodging attacking is something that’s best done from a walk or a run.

I think most people would agree that Endurance felt very powerful in Dark Souls, but the game still felt very deep thanks to poise, gear, and ability choice.  Regardless of how you perceived any particular stat in DS, I’ve never thought it was a good idea to include stats that are so powerful that they feel mandatory.  That is, everyone will be hitting similar breakpoints in AGL thanks to either Attunement or ADP.  As if that weren’t enoguh, ranged characters seem to get the best of both worlds as their Attunement increases not only their agility, but cast speed AND spell slots as well.

In conclusion, mandatory stats have no place in any game if they’re mandatory.  The only way to make a mandatory stat worse is if it were to alter someones fundamental playing style as it does in Dark Souls II.  The factors I’ve described above create a scenario where the vast majority of players are all more or less carbon copies of one another because they’re pigeon holed into doing so.  It trains them to play a certain way and erodes the potential for unique characters.  Fun is what video games are all about and it simply isn’t fun to bump into your doppleganger every time you invite someone to your world, intentionally or otherwise.