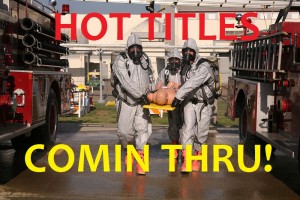 Wow, let me just say that as my first official day of part time status, this shit feels good!  Hah, this is glorious!  With that said, it’s time to figure out what the juicy titles will be for Q4 2014 and Q1 2015.  I’ll throw out a few that I have my eyes on and I’d love to hear from you guys not only what titles you’re looking at, but if you have any specific requests for games you’d feel would make for a great stream.

1) H1Z1 (Due out ?).  As someone who was rock hard for DayZ, it should come as no surprise to see that I’m following SoE as they release information on their upcoming zombie/survial/sandbox/crafting shooter.  This genre or rather blend of genres reminds me of when I first dove headfirst into BF42 all those years ago.  BF42 accidentally got a lot of things right, but either way, at that point in time it was obvious to me that I’d never be as happy playing a typical TDM based shooter ever again.  Similarly with DayZ and the plethora of open world survival style games to follow.  Regardless of how many issues DayZ had (or how many more the stanadalone currently has), it seems clear to me that while no one has been able to figure out just the right mixture or formula, that someone eventually will and we’ll all go bananas for it.

2) DA Inquisition (Due out Nov 18th).  One of the games I have slated for livestreaming is the original Dragon Age.  Great story, fun dialogue, and enjoyable RPG character development and combat.  The success of the first game sold everyone on buying DA2 which was unfortunately one of the worlds greatest letdowns.  Later confirmed via Bioware Developers, DA2 was a rushed expansion that ended up being turned into a standalone game.  With identical and repeating levels, stale combat and attacks, bland dialogue, and minimal character progression, DA Inquisitions had better be the next best thing since sliced bread in order to put DA2 behind us.  Personally, I’d like an apology and a discount for those who purchased DA2.  In reality people will all head over to IGN and read their 10/10 article and completely forget that DA2 ever existed.  Such is the world we live in.  /wrist.

3)Evolve.  (Due out Oct 21).  Brought to you via Turtle Rock Studios aka the guys who created Left 4 Dead.  It’s basically capitalizing on some of the more enjoyable moments of Left 4 Dead which were players taking control of tanks and attempting to smear the survivors off the face of a tall building.  Unlike L4D however this game has no mission or goal to complete.  It’s basically one gigantic arena and both the survivors and the monster run around leveling themselves up in an attempt to kill each other off.  I think it sounds like great fun and as a result of pursuing a 4v1 concept versus 4v4, it eloquently skirts the balance issues that plagued both L4D and L4D2.  If your first round was a disaster there wasn’t much incentive to go on and continue to get your teeth kicked in round after round.  Shouldn’t be an issue here.

4) Witcher 3 (Due out Feb 24th, 2015) I loved the original witcher.  I got really into and attempted to complete nearly every sidequest and bang everyone I could find (man, woman, or beast).  At one point I remember thinking to myself that despite having a lot of fun, I was feeling ready for the game to wrap up and finish.  The wombo combo of 23423423 side quests and the worlds most tedious inventory system eventually spurred me to drop what I was doing and just finish the damned game.  The witcher had a unique combat system where you chose either a steel or silver sword based on whether you were fighting human or monster-type opponents.  You then had several different attack styles that were tailored to the amount of enemies you were facing.  These attacks could be chained or combo’d based on when you timed the following swing.  Depending on the difficult you faced, you may or may not have had some visual indicators of when to “combo” into another swing.  Despite having an interesting story, the witcher 2 threw this combat style out the window and instead opted for a watered down version of an action/rpg game similar to mass effect.

5) Far Cry 4 (Due Nov 18th) Lets face it, Far Cry 3 was a pretty fun game with one of the most memorable villains I’ve ever come across.  Brilliant dialogue and a ruthless attitude turned Vaas into fun encounter, every encounter.  Unforutnately our main protagonist wasn’t quite as much fun and that was where we spent most of our time.  Either way, I had a blast with the game despite feeling a bit too powerful depending on the weapons I was carrying.  FC4 looks a bit like a re-skinned and re-purposed FC3 so I’m not expecting it to be night and day different from the previous title.  Either way I’m looking forward to it and I’ll be picking it up as soon as it goes live.

6) Bloodborne (Due out march 2015) Last but most certainly not least, Bloodborne.  Demon’s Souls and Dark Souls should need no introduction.  Deep RPG style combat meshed with a world where other players can invade you at any time has made for a hugely successful franchise.  What most stands out to me about Bloodborne is the character using a gun in his off-hand and the speed of combat being picked up.  I was worried at first glance that BB may end up resembling something closer to DMC but after watching the full 6 minute trailer it looks closer to a souped up Dark Souls.  One thing I think most of us would like is some way to PvP on dedicated servers.  I’m okay with P2P being used for invasions, but if we could at least have dedi’s for a few guilds that revolve around PvP I’d be happy.  As much as I love DS2, I just can’t take a game seriously where you appear to visibly strike your opponent, hear him being struck, and can see him flinch from being struck, but he takes no damage.  It forces PvP into a ridiculous roll fest instead of learning weapon ranges and swing speed of the various weapons.  IMO it’s a hail mary but throwing it out there either way.

I’m sure I’ve missed a few gems in the rough thanks to so many great games launching in the next couple months.  I also only targeted those titles due out within the next ~6 months but there will be some killer games dropping Q4 2015 that I cannot wait to get my hands on.  For my money, I think the singular most exciting title of 2015 has to be tom Clancy’s The Division.  After a million years playing games I refuse to buy into the hype and I’m more of the mindset that I’ll believe it when I play it, but I’m crossing my fingers and hoping that the Division lives up to it’s potential.  Anyway, let me know what you think!