Try before you buy….er beware! 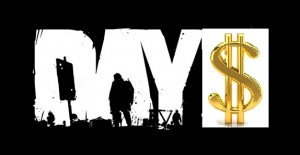 The last few streams we’ve chatted about a number of alternative pricing methods for services such as Twitch subscriptions, gaming purchases, and donations.  It’s an interesting and complicated topic that has yet another layer added to the mix via the disappointing results on the consumer’s end for the various alpha and greenlit projects on the Steam market.  With rare exceptions, the vast majority of early-access games don’t seem to be evolving past their alpha stages despite raking in tens of millions of dollars (I’m looking at you Rust and DayZ).  It’s always difficult to predict the future but there’s always a lot we can learn from the past.

One of the core arguments we’re tackling here has to do with whether or not it’s more valuable to sell fewer products at higher prices or more products at lower prices.  Allow me to introduce to you exhibit A: ““We do a 75 percent price reduction, our Counter-Strike experience tells us that our gross revenue would remain constant. Instead what we saw was our gross revenue increased by a factor of 40. Not 40 percent, but a factor of 40. Which is completely not predicted by our previous experience with silent price variation.” – Gabe Newell.  First of all, holy shit!  So good old Gabe said that by decreasing CS’s cost by 75%, they saw an increase in their GROSS revenue not by 40%, but a factor of 40.  That’s multiplcation peoples!  Nothing short of incredible.  Without saying anything else, this piece of evidence alone should provide a compelling case for at least considering alternative methods of selling games for $59.99

Unfortunately, one of those alternative methods as described above is selling games games for vastly reduced pricing as alpha or greenlit projects.  As someone who has attempted to go out on a limb and take a risk with a high number of these projects, I feel very confident suggesting to look elsewhere unless you know for a fact that the game you’re about to purchase has a good chance of lasting you more than 5 minutes.  I’ve come down companies such as Bioware in the past for their shady antics involving DA2, but intentionally misleading someone with gameplay footage that doesn’t reflect the actual game (The Forest) or releasing your product with no real intent of pushing it beyond the alpha stage it’s currently, is every bit as disingenuous and reprehensible as a rushed expansion being released as a standalone game.  On a related note, around May of this year DayZ was reported at netting somewhere close to ~$68 million dollars.  Assuming that trend has held up, DayZ is looking at a net profit of somewhere around $100 million dollars by the end of this year.  $100 million dollars for a product that has been in alpha or beta stage since it’s release in January of 2012.  In just 3 short months marks the 3 year mark for a game that will have made one hundred million dollars and has yet to push past fundamental stages of development.

For games like Rust and Dayz who are making big bucks, what’s the financial incentive to push past the alpha stage?  Why, if your product is selling like hotcakes would you bother investing large chunks of your hard earned cash back into your company for a chance at things not working out?  I’d love to suggest creating some sort of “oh shit” fund in case things don’t work out but realistically I’m sure many of these companies are very reluctant to touch something that’s already so successful.  Ultimately I’m not sure there’s much you can do to force a game to move forward that’s already made so much $$ selling itself as a alpha/beta product.  I’m definitely not opposed to steam setting some type of upper limit on the amount games are able to charge if indeed they do label themselves as greenlight/alpha etc.  In addition to that, I wouldn’t mind seeing the plan and goals for the game outlined well before I buy it.  Perhaps even something akin to Kickstarter projects.  I pay you $5 now, and if you haven’t completed your project within X time, I get my money back.  While the specifics may vary, it seems clear that a check and balance type system needs put in place before the market ends up eating itself and causing more than good.

Even though the greenlight/alpha stage game charade over the last  year hasn’t necessarily worked out in favor of the gamers, I’d still love to see a variety of try before you buy methods.  Many companies release AAA titles and the incentive to buy those games come in the form of decreased DLC prices and knick-knacks for pre-orders.  Why not say hey, this game sells for a full retail price of $59.99.  Not sure you’re going to like this game, well throw us X dollars and you’ll get Y time in game.  I know that I want to check out the upcoming CoD but I also know that I’ll most be disgusted with it after the first couple weeks to a maximum of 1-2 months.  I’d be more than happy shelling out a couple bucks for a limited amount of time in game.  I have a hard time justifying throwing $60 at a game I know I wont be playing for very long but I want to play nonetheless.

This same predicament is what leads so many people to pirate all sorts of material.  Want to watch your favorite show on HBO but you don’t care about 90% of their other crap or have a cable subscription?  Sorry, fuck you, but don’t pirate our shit because that’s wrong.  It just doesn’t make sense unless you’re a dinosaur up at the top who refuses to budge from a business practice that went out the window years ago.

TLDR: Gabe Newell has compelling evidence for making more money by drastically lowering prices.  In general, greenlit/alpha/beta steam games suck.  Unless you have more money than sense, don’t buy them unless you already KNOW they are going to be worth your while.  Oh, and fuck HBO.