Where did all the fun go? A Diablo 3 tale 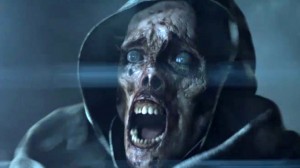 I’m finally going to put into words my reasoning behind why I feel Diablo 3: Reaper of souls is reaping my soul versus creating the same type of enthusiasm I had for Diablo 2.  To get some kind of perspective on how popular Diablo 2 was, you could still login to the game in 2010 nearly 10 years after its launch and you could still find ~100k players online going at it.  Right now on Steam with around 7 million active users there are only two games with 100k or above (CS:GO and Dota 2).  Diablo 2 was a shining moment in the history of gaming because of how much damned fun it was to play Diablo II.  Synergies blew the roof off everything and allowed people to create immensely powerful characters who evolved from peasants into demigods.  We had no auction house but we sure as hell had D2JSP.  Why then does one game feel so much different than the other?  Great question and I just so happen to have the answers you’re looking for…

Before I get into this, I want to stress fun factor.  Fun factor should be the number one goal for anyone playing or developing games.  Regardless of which change or value you’re looking at, before any decision is made a dev should be asking themselves, “will this make my game more or less enjoyable to play”?  Sometimes this means more balance and sometimes it even means less.  Bottom line, Diablo 3 left the fun factor out of the equation.  I’m going to attempt to spell out why as succinctly as possible, but at the end of the day it seems obvious that no one at the top was asknig themselves whether or not their game was a kick in the pants to play.

1) Auction house.  An auction house is not an inherently bad thing.  D2JSP is the only way people have of realistically trading with each other as spamming a trade channel with 100 other players via a barter system makes it very difficult to make trades.  D2JSP stepped up and provided an alternate source of dollar based currency that could be used to fuel Diablo 2 trades.  What it didn’t do was decrease drop rates and influence item stats in such a way that finding gear was all but impossible.  Providing an auction house = great.  Providing an auction house with a clause that murders your ability to find weapons/armor/gems etc is one of the worst ideas ever conceived of in gaming.  Borderlands the pre-sequel has met with some resistance as a result of the RNG (random number generator) system it uses for loot and many individuals are reluctant to purchase the new game.  However bad Borderlands was, Diablo 3 was several orders of magnitude worse.  Play a game where you’re forced to buy and sell equipment on the auction house for marginal upgrades over your last RNG piece of gear?  SIGN ME UP!

2) Unique and godlike equipment.  This has to some degree been remedied as a result of tens of thousands of people crying out on the forums, however even today the items in D3 pale in comparison to those you might find in Diablo 2.  This goes hand in hand with my next post that revolves around stats and abiltiies, but suffice to say equipment feels largely lackluster relative to the previous game.  Instead of outfitting my character with various pieces of gear that add huge bonuses to stats/skills or even altogether new abilities (enigma anyone?), I slowly upgrade my character with various percentages to damage that once matched with another 10 pieces with similar modifiers will result in more damage.  The process is slow, reliant on RNG and gold for rolling new stats on existing armor, and it really isn’t that fun.  It’s not that I’m opposed to improving an existing piece of gear, but the fun or wow factor of dropping few unique pieces of gear and turning my character into a juggernaut currently have no place in diablo 3.

3) Power perks and abilities.  There are a number of different characteristics that people use to gauge their strength when playing a game like Diablo.  The most noticeable characteristics come in the form of damage, fast cast rate, fast hit rate, fast hit recovery, movement speed, and resource regeneration.  You start off in D2 casting a handful of spells rather slowly before you deplete your entire mana bar.  You rely on potions, teammates, and your minions to assist you with killing and managing your mana.  By the time you hit 85 your mana is regeneration faster than you can burn it down and you’re streaking across the battlefield (sometimes literally) as fast as you can hit the teleport button or click on your next mob with your Frenzy Barb Build.  Diablo 3 starts you off feeling relatively strong and growing weaker as time goes on.  There is not magical threshold where you go from feeling like a peon to power overwhelming.  The more damage you do the more mobs seem to take.  The various D3 difficulties don’t allow for anyone to master them similar to D2.  Uber builds at the highest difficulty levels with BIS gear are taking longer to kill mobs in Diablo 3 than they are in World of Warcraft.

Regardless, even if you’re killing something quickly, it doesn’t necessarily mean you feel powerful.  Temporary buffs seem to have replaced many of the permanent stats from D2.  Instead of moving around at 200% movement speed all the time, you’re instead restricted to 200% for 30 seconds with a temporary buff.  You feel powerful for a brief moment and once it wears off it feels like you’re in slow motion again.  Likewise for cast/swing speed and damage.  It was always fun in D2 to start off a new character and create a different build because of how large of a difference there was between a maxed out character and someone starting off brand new.  It was hilarious to be in game with a friend dropping off gear and getting you started while they zipped around town and you were hobbling from A to B.

4) Lack of build diversity.  I guess I’m not sold on people being able to swap out their runestones at any given time and move over to a different build.  Synergies and specific uniques went together in order to create god-tier builds that decimated anything in their path.  With the introduction of runestones and the removal of synergies, Blizzard has been reluctant to take a similar path and design gear around a specific and unique build.  I love the idea of saying hey, go play this game your way, but if that means 95% of the gear is generic I can swap out my skills at any time with very little difference, then I’m not interested.  I liked the idea of setting out to create a certain type of character that specialized specialized in a certain form of combat that other characters might use, but only with my build would those skills(S) turn god-tier.

Overall, it feels like the focus was on game balance and streamlining the diablo experience for the masses instead of creating the most ridiculously fun game they could think of.  The day the game dropped and I started playing and noticed hitboxes were 3x as large as the enemy, I knew that the game was coming out for consoles and wondered how that had changed the dev process.  I’m not blaming consoles for the D3 demise, but I think it simultaneous development of a PC game with consoles in mind played a large part in dumbing it down so people with controllers can play a game just as well as those with a mouse and keyboard.  The fast cast/movement/hit recovery of Diablo 1 and 2 are no more possible on consoles than it is aim with the same speed in CoD on console as it is on PC.   Fundamental limitations may have been built in as a result of different peripherals handling differently (controllers handle fast paced movement less adequately).

If you guys have any experiences to the contrary or feel as though a recent patch has changed something let me know!