Vote em up, Swap em out! 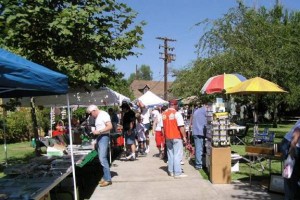 what a great selection of gamertags

No doubt we have a few gremlins in the system to work out with regards to PS4 console streaming.  In case anyone is wondering, the new Elgato HD60 capture card has some major audio and video desync issues that Elgato has recognized but has yet to patch.  As of the moment the go to capture card for console streaming appears to be the previous generation Elgato game capture HD.  Even with those issues people were excited about the amazing PT silent hill demo and finding people to explore the world of Destiny with.  This thread is to help connect people with next-gen systems that have misterpickypants in common AND vote on the new sub badge and emoticons for the stream.

1) Gamertag swapping.  We’re still in the alpha stages here.  In the upcoming weeks I’ll be expanding TS, throwing in forums and creating a few more user-friendly tools to help us all connect with one another assuming of course that you want to.  Until then, if you’re going to post your gamertag, for the love of christ throw in your system and the games you’ve been playing and genres you enjoy.  If you want to contact someone make sure to mention you saw it on the MPP forums so they know you’re not a nutjob.

2) Sub badges.  You guys are the subs, seems fitting you come up with the sub badge you want to see.  Throw out a few choices, rank them in order and the next time we stream I’ll ask you guys which badges you’d like to see.  I’ll take the top 3 and create a tool that allows us to vote and voila, a new sub badge appears! (once Butterqup has finished with it of course).

3) Sub emoticons.  We’re limited to 5 per stream.  Some of my the favorite ideas I’ve heard tossed around so far include: Great White Warg, Manlet, and the Icecream Truck.  Throw out your suggestions and once again rank them 1-5.  I’ll take the top picks and organize them into a vote along with the sub badges sometime next week so we can get to work on those.

4) Disgunbgood!  Seriously.  In a year we’re going to look back and no one is going to believe that we had these goofy posts that started off something so great.  Big ups to everyone who’s helping a part of this movement and helping us to shape our community into something our mothers can be proud of.  Or something like that.