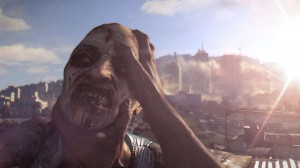 Thanks to the heads up from a handful of streamers, I wanted to let you guys know about a few titles with some great potential that are coming up right around the corner.  I’ll be purchasing and putting all of these games through their paces via Twitch so if you’re not sure one of these titles is for you, come and check out the stream beforehand.  There is a huge number of games coming out in the next six months that are all looking quite juicy.  If you know of something that you haven’t seen me mention on this site, twitter, livestream, etc, please let me know!  It’s far too easy to miss a few gems out there with the amount of competition present at the moment.

I’ll start with the title that’s coming out this month on September 30th, just 9 more days!

1) Shadows over Mordor.  I had several people mention this in Tweets and during the livestream.  I had actually caught a few glimpses of the game but hadn’t found myself very impressed.  To be honest, the simple act of putting anything in the title of your game relating to lord of the rings really pushes me the wrong way.  I don’t think there’s ever been a title relating the Lord of the Rings that has done remotely well as they tend to focus too much on “oh look at me I’m lord of the rings” instead of “oh look at me I’m an amazing game and fun to play”.  That said, this title looks extremely ambitious and has some unique elements to it that I can’t wait to get my hands on.

Combat looks like a cross between the Batman titles and Assassin’s Creed.  There’s definitely a combo system but the movement itself is very reminiscent of the parkour-style transitions that are prevalent in AC.  What makes this game unique isn’t the fact that you can go Wraith form and kick ass or the weapons you use or even the combat itself, it’s how the game is played.  Essentially you’re there to combat the forces Sauron and you do this via building your own army against him.  When going up against a foe you can use a Wraith abillity that allows to you either sent that foe back to Sauron’s army as a spy (and forever being under you control), with a mission to spread fear about you, or you can actually send them to assassinate a target of your choice.  This is where the game blows up and almost turns into another game itself as the world you’re living in is dynamic and constantly changing with your influence via capturing/killing the various boss mobs and your interactions with targets you fail to kill or targets who end up killing you.  They’ll end up leveling up and the next time you go up against them will be more powerful than they were before.

I think it looks very interesting and I’m totally down to give it a go.  I’d be purchasing it for PC but until I start rocking my 970’s it looks like I’ll be snagging it for PS4.

2) Alien Isolation.  Due out October 7th.  Not quite as ambitious of a title relative to Shadows over Mordor, but Alien Isolation (AI) absolutely deserves a play through.  It looks like we’re having a resurgence of the survival-horror styled series that was so popular ~10 years ago with Resident Evil and Silent Hill, but I’d probably classify AI as more of a survival/sneak game versus survival-horror.  So you’re trapped on a gigantic spaceship of sorts and you’re trying to find your way off.  In the meantime there’s a gigantic alien stalking around laying waste to your plans of going from point A to point B.  There will be any number of obstacles in your way and the Alien may actually prove useful in some of them.  For instance, in one gameplay trailer you stumbled on some convicts of some sort (?) and one option would be to use the Alien to dispose of them and clear your path that way.

Aside from throwing various bombs and noisemakers, it doesn’t look like you’ll be doing much in the realm of combat unless you’re counting the damage you can cause indirectly by luring the Alien or Cyborgs into contact with people.  I like that it’s something fresh and a style that I neither play or see too often.  I mean, ultimately we can only see so many survival styled games with a decreased emphasis on combat before people are like “fuck this, I’m playing CoD”, but I can’t wait to get my hands on it.

Once again, unless the new cards are available early October, I’ll be picking this title up for PS4 as well.

3) Dying Light.  Due out January 27th.  Admittedly I have the worlds biggest hard-on for anything zombie/survival/apocalypse theme related.  My girlfriend is in constant jeopardy of being thrust aside should an incredible title in this genre be released.  I will happily forsake any and all sustenance while I play said title 24-7 thus turning into a zombie of sorts myself.  Do I think Dying Light has the potential to be this title?  Probably not.  That said, it does look like a lot of fun.

The game is pretty straight forward.  You run out and complete missions and gather supplies during the day.  At night everything goes to shit.  There are RPG elements that allow you to level up and tweak your character AND it’s 4 player coop which as many of you know, I heart anything coop.  There’s also some mention of some zombie multiplayer where you take the form a zombie and invade other peoples worlds ala Dark Souls and obviously attempt to kill. On wiki it says this is linked to an exclusive pre-order benefit but in other places it states that it’s part of the game itself.  Sounds a little sketchy.

Zombie smashing coop experience basically sells me on this title.  Even if it ends up being garbage, I love the idea of playing something ridiculous like this with 3 other friends.  I’ll be picking this one up for PC.

Any other amazing titles I’ve missed?  Let me know!