The dream is real! 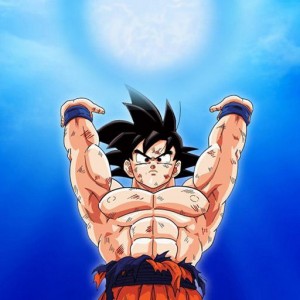 We’ve been going at it for around ~3 weeks now full time (ish).  I couldn’t be more excited with the way things are progressing.  It feels so good to see people come in and compliment the streamers and  chat on the novel concept of people carrying on conversations and trading gamer tags.  I love seeing people swap tags and get together both during and after the streams.  When it does happen I feel like I’m that much closer to reaching this utopian culture centered around discourse hungry gamers and maybe it’s not that goofy of an idea after all.  It’s way too early to tell how the chips are going to fall but through friendship anything is possible…

I loathe logistics and I knew when I was getting into this that I’d have to take things slow as not become overwhelmed and just say pffft to the whole thing.  Before I even launched the full-time deal I had Butterqup crafting channel artwork and thumbnails for youtube, facebook, twitter, and twitch in order to make it look at least somewhat professional.  Having not streamed in quite some time, I knew I was in for all sorts of goofy trial and error with OBS but as it turns out my major issue was with the Elgato game capture 60 and massive sound delays.  Upgrading to 1920/1080 monitors from a 1680/1050 and a PS4 from a PS3 made my HD PVR redundant and caused screen tearing when attempting to utilize the native HD PVR2 built in software.  Such is life.

We learn and we move on.  Or quit and try something else I suppose.  But in this case I purchased the old school game capture HD (which I still haven’t had a chance to fully test yet but appears to work just fine).  My next task was/is figuring out a streaming schedule that both works for me and of course pleases my target audience (you).  What I’ve learned over the last few weeks is that streaming every moment of each day off is a lot of fun, but leaves my without enough time to complete basic functions such as updating the site, creating youtube content, reaching out to people like Shield Break and doing fun joint projects, etc.  This is really something that can only be dialed in via time and experience.  How much time I need every week outside of streaming depends on numerous variables, so pushing forward I’ll be leaving myself a bit more time to make sure I can get everything done.

Some of you may have noticed last week but I (finally) published the information for a pickypants TS3.  It’s located under the FAQ section along with a few other ways to get in touch with people such as the steam group and of course social media plugs.  I think it’s set to 25 players so if you guys start capping it out and need more feel free to let me know and I’ll increase it accordingly.  I realize that there are a million and one free TS3 channels but they often go up and down and frequently change.  Throwing up a dedicated TS3 hopefully makes it easier for you guys and gals to bookmark something and just hop in the right channel every time and avoid some hassle.  I’m still tinkering around with what to do with forums and whether or not people would use them.  Most decent forums are somewhat spendy and range from flat fees of ~$500 to monthly fees of up to $1000.  That said, I feel as though forums are something integral to the concept of creating a community and thus need to happen sooner or later.

I recently upgraded my hardware with the new GTX 970 and it performs beautifully with Shadows of Mordor running an average of 85 FPS.  The beefy ARMA III seems less affected and is supposedly a game that is more processor demanding than anything.  The idea of cracking open my case and ripping out my heatsink, old cpu, and cleaning off thermal paste residue and throwing on another CPU isn’t the most attractive of ideas.  Essentially I’m terrified that I’d break something and while my i7 2600k isn’t the best, the only game on the market that’s affected by it is the slow moving leviathan known as ARMA III.  Not to get off topic, but ARMA III is probably the greatest source of mod and game ideas on PC’s at the moment.  The engine is horrifically optimized but it lets people do nearly anything and I can only assume I’ll be doing more than one related rabbit hole video in the future.  Huge, huge potential and untapped resources here.

I’ve debated about picking up another cheap PC and essentially using that as my console crusher.  Due to multiple monitor setups, I can’t fit everything on one desk anymore and i have since added another desk (first world problems, I know).  I’d love to hold on for another couple years though and when I replace this PC I’ll use this one as a dedicated console streamer/recorder.  Anyway, I haven’t decided and at the moment it really doesn’t matter.  The 970 has given me all sorts of leeway I didn’t have before so for the moment it’s a moot point as long as everything continues to run well on the PC (with the exception of ARMA III).

I think my biggest hurdle is and probably always will be my internal struggle with selling myself.  I love where I’m at right and I love the base and culture we’ve created/are creating.  We have a great core that will show up and party on a moment’s notice.  However, as much as I enjoy it, I know that in order to live and thrive it has to grow.  Despite knowing this, my fear of turning into a sellout phony hack is so strong that my behavior is analogous to shooting myself in the proverbial (and digital) foot.  I could be the worlds most talented/hilarious/skilled/consistent/brilliant gamer, but at this point in the game it’s just not enough.  I know there’s a million ways to promote yourself and not all of them are created equal, but I do not want to give people the impression that I’m anything but legit passionate for what I’m trying to do.  More importantly, I don’t want my core of loyal subscribers/followers to feel betrayed if I were to take steps to reach out to a larger audience.

If I were a subscriber I’d love to celebrate the channel hitting a new landmark at (insert subscriber amount here) or (insert view count here).  Having channel euphemisms, rituals, and landmarks is what unites people and helps them feel like they’re a part of something.  For fucks sake, I’m trying to grow a damned community here, this should be channel etiquette 101.  I really, really want this community to succeed and I can’t do it without a positive influx of newcomers.  I’d love to hear your thoughts and suggestions on what you guys feel comfortable with and what might be pushing your boundaries of “woah, that dudes a sellout”.  For some perspective, if things did start blowing up and the feel of our channel was moving too far away, I have no problems pruning wherever necessary.  I think our current moderators are doing a great job at separating the wheat from the chaff and there’s no other channel I’ve seen that has great dialogue with so few rules and streamer fucking.  Ugh, nothing worse than a streamer who cultivates a culture around stream fucking their overlord.

Anyway, let me know what you think and I’ll respond in kind.