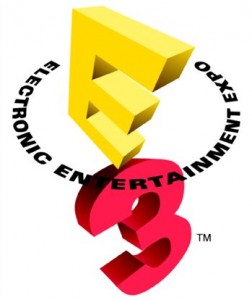 After installing BF1942 and playing around with Bad Company 2, I’m pretty skeptical about the upcoming BF3 and it might have a little something to do with EA’s latest blog.  Essentially the highlights of the game pointed out in the blog consist of the ability to go prone, lay down suppressing fire, and more bullshit about a new graphics engine.  There was also an odd statement at the end that mentioned some way to track stats and EA is doing us all a favor by not charging us for it.  Really?  Thanks.

The main reason I’m so hesitant about BF3 is largely a result of seeing how the game has evolved from 42 to where it stands today with BC2.  The mantra seems to be “more is better”.  It often not only becomes difficult to balance the game with so many added mechanics, but you lose out on what made the original game so much damn fun – that is, the pleasure of out thinking and simply out-playing your opponents.  There’s so much going on and so many places to hide that the type of strategy that was born out of BF42 simply isn’t there anymore.

A great example of a new mechanic is the ability to mark players.  Player markers would have ruined BF42 back in the day.  There’s no reason for them.  It’s fairly easy to tell where fire is coming from, and figuring out where tanks and infantry are is part of what separates the goodies from the baddies.  With all the bullshit that’s going on in BC2, playing without markers would be crazy.  Guns are very powerful and laser accurate from long range.  Between the recon mortars, helis, tanks, zooks, and random gunfire, it’s not easy to stay alive, no matter how smart you play.

In 42, if you died you knew what went wrong and what to change in order to prevent that from happening next time.  But with the way CoD or BC2 plays, you’re often at a loss of how to improve.  The deaths can come at anytime from anywhere and are often unavoidable.

My last issue is the 64 player servers.  Loading up today and playing in a few of them (they are the last remaining servers), really cements it in my head that this is something BF3 should steer clear of.  I’m still confused as to why they’re around though and popular to boot.  Most people in the servers don’t even have a 1:1 KD and stepping outside is essentially an instant death.  There’s virtually zero skill involved, if any, and making any type of tactical effort is quickly extinguished by the sheer amount of players on the battlefield at one time.