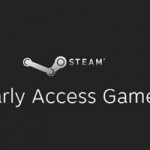 Previously I’ve spoken about the issues that have been cropping up with Steam greenlit/early access titles; namely the lack of motivation they have to push forward after making it big selling a half finished product.  DayZ is probably the biggest offender here as it claims to still be in Alpha stages but looks to pull in close to $100 million ... END_OF_DOCUMENT_TOKEN_TO_BE_REPLACED