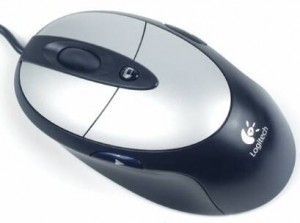 With the launch of Titanfall yesterday I thought it’d be a good time to drop a few aiming hints I’ve picked up over my years of PC gaming.  This will of course only be applying to mouse and keyboard gaming. With the resurgence of the PC market last year and the subsequent decline in console sales, I’m hoping that a good number of you will be able to walk away with something new to experiment with.  There’s no replacement for experience, but if you feel yourself lacking laser-like precision, I can help you get there.

Firstly and fore-mostly, the mouse.  Essentially there are two different types of people who use a mouse; those with claw-builds and those without.  The claw-build is where the pinky and thumb do not actually rest on the mouse.  Often the mouse is barely even touching the mousepad itself.  The pinky/thumb are used to stabilize the hand and offer greater precision for fast turns, precision head-shots, etc.  This is going to mean playing around with a few different sizes in mice before you buy one, especially if you have small hands like I do.  For years I used the Logitech MX310.  I actually bought 4-5 from china because they aren’t sold in stores anymore.  Right now I’m using the Logitech G9X because I’m able to make use of both of the buttons on the left hand side whereas the MX3210 has one on either side.

I still use a traditional cloth mousepad but there are a lot of varieties out there today and some can be more expensive than the mouse you purchase.  I’d recommend buying a few small mousepads of different compositions before settling on something.  Not everything out there seems to work well with laser mice and sometimes even when they do, they still get blown off your desk or constantly moved around when you’re playing.

In addition to the cloth mousepad, I also use teflon tape on the bottom of my mouse.  I want to say Jamison of 20ID suggested it years ago and I’ve been doing it ever since.  The first time I added teflon tape to the bottom it just felt like my mouse was floating. To me it meant a greater degree of precision because I wasn’t brute forcing my mouse across the pad anymore.  I don’t think you necessarily need teflon tape to win, but a lot of mouse pads attempt to re-create the feel of adding tape and then charging 234234234 as much for doing so.  $2.00 tape + $1.00 mousepad have served me well for a long, long time.

Now that we have the actual device out of the way, lets get into the meat and potatoes of the fastest way to improve your aim with a mouse; turning down your sensitivity.  This sounds a bit silly and you may be saying, (this is really his big secret?) but allow me to explain.  The entire reason behind what makes M/KB players so much faster and more precise than anyone using a controller is a direct result from having a much greater area to move around your crosshairs.  There’s no need to jack up your speed because if you want to move fast you can simply move your mouse faster.  This isn’t an option when using a controller because you have less than an inch to move your thumbstick.  Getting shot in the back?  Not a problem.  Whip your mouse around and find out where those shots are coming from.  Verticality?  Not an issue.  You can pan around constantly and keep a clear view of your surroundings.  I don’t want to turn this into a PC vs console or M/KB vs controller war, but if you’re predominantly coming from a controller background, it’s going to help to understand the advantages of a M/KB setup in order to make use of them.

Because of the added precision and speed offered by the mouse, you’re going to want to keep moving more often.  This often times means strafing, but in a game like Titanfall it may mean double jumping and wall running.  Going prone on sight or crouching and sitting still in midrange while ADS’ing may work well on console, but it will not raise you to the top of the pack on a PC.  This is a large part of why I’m writing this article because I guarantee that most people who I see do this are probably thinking to themselves that aiming any other way is just too hard.

If you play around with your sensitivity you will find a sweet spot that works not only for you, but the game you’re playing.  I guarantee your aim will shift from being chancy whether or not you get the kill to your cursor sitting on his body 95% of the time.  If you don’t make the kill it wont be because your aim wasn’t good enough.  Once you’re able to factor that out of the equation, you can work on all sorts of other strats to improve your performance.